Roma Zayats [B.Sc./14], a PhD student in immunology who emigrated from Ukraine in 2006, feels compelled to help people in her homeland affected by war.

“The people in Ukraine are fighting for the democracy of the world, not just their country,” she said in March.

Alon Golubchik [B.Sc./20], a first-year medical student with family connections to Ukraine, also collected supplies to be distributed in Ukraine and raised money for the Canadian Medical Students Aid for Ukraine initiative, which sent funds to the Canadian Red Cross.

“I’m very empathetic to the struggle of the Ukrainian people who are currently fighting for peace, security and independence,” Golubchik said.

“I feel like as a future physician, it’s my responsibility to seek out injustice wherever it exists and do whatever I can to alleviate it.”

The clinic delivers services in person, as well as virtually using tele-rehabilitation, a model that allows patients to connect with the clinic via videoconference from anywhere in the province.

“About 40 per cent of the patients the students are seeing are through tele-rehab,” said Kathleen Klassen [BN/92, MN/97], chief executive officer at Riverview. “That speaks to the demand for this service and for physiotherapy in general.”

Students provide treatment to people with conditions such as Parkinson’s disease, multiple sclerosis, brain injuries and stroke. Tele-rehabilitation is available to patients who are unable to travel to the clinic.

The program currently trains 16 students per year, and that number will grow as additional health professional programs from the College of Rehabilitation Sciences come on board.

Klassen said the clinic will benefit Riverview, which has a stroke rehabilitation unit and an acquired brain injury clinic.

“We need tele-rehab, because often when people are discharged and return home, it’s difficult to have ongoing rehab,” she said. 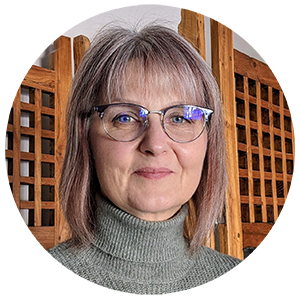 A professor in the College of Pharmacy is one of six Rady Faculty academics who were named to the global Highly Cited Researchers list for 2021.

Dr. Sheryl Zelenitsky [B.Sc.Pharm/89] made the list of more than 6,600 researchers from around the world whose citations by other authors rank them in the top one per cent for their field in the Web of Science, a global citation database.

Zelenitsky studies how to optimize the use of antibiotics while limiting the risks of harmful effects and antibiotic resistance.

Her more than 80 peer-reviewed publications include lab experiments on drugs’ effects, clinical studies of hospital patients, and studies that use computer simulations to predict the effects of different antibiotic regimens in various patient populations.

“I’m pleased that our work is being read,” Zelenitsky said. “I’ve always been interested in research that can improve patient care.”

A federally funded resource hub has been launched at UM to help internationally educated health professionals qualify to work in Manitoba.

It aims to support newcomers who have credentials in pharmacy, occupational therapy, physiotherapy, respiratory therapy, speech language pathology and audiology.

The College of Nursing has introduced a monthly speaker series addressing racism in nursing practice and education.

The series was launched by the college’s anti-racism committee, which was established to address issues relating to racial equity and to create a work and learning environment free of racism.

“Our goal is to really encourage … a conversation around racism; to have people lean into the discomfort that can occur when we discuss topics around racism,” said nursing instructor Katie de Leon-Demare [BN/80, MN/90].

Vivian Umeohabike, a third-year nursing student on the committee, said the speaker series will benefit both students and health-care professionals.

“Sometimes people don’t want to talk about racism,” Umeohabike said. “This series will get us thinking how we can effectively advocate for our patients, or those affected in general.”

Muslim members of the Bannatyne campus community now have a dedicated, private space for prayer.

Room 121 in the Chown Building is outfitted with prayer rugs and resources, such as copies of the Qur’an.

The Muslim Students’ Association, which worked with the university to establish the prayer room, hopes to see it moved to a larger space in the future.

The room is open to any students, staff or faculty who wish to use it. Swipe card access to enter Bannatyne Campus is required to access the prayer room.

When Lekic, a part-time assistant professor at the college, noticed that students were waiting to use the clinic’s only intraoral scanner, he bought and donated a scanner at a cost of about $27,000.

“I wouldn’t be an orthodontist if it wasn’t for that clinic,” Lekic said. “It’s a small way for me to show gratitude and give back.”

A graduate student who won the award for the best oral presentation at the College of Pharmacy’s Research Day said it’s rewarding to conduct research that has strong potential to benefit patients.

At the virtual event in April, Lawrence presented findings from a UM study of antibiotic dosing for patients receiving hemodialysis for kidney disease. She and her supervisor found that the current recommended dose of cefazolin may result in below-target levels of the drug in nearly one-third of hemodialysis patients.

PhD candidate Donica Janzen won the award for the best poster presentation, reporting on a study that used anonymized health data to compare patients with psychotic disorders who were prescribed different medications.

Dr. Helen Tremlett, Canada Research Chair in neuroepidemiology and multiple sclerosis (MS) at the University of British Columbia, gave the keynote address. Tremlett’s research has found that many MS patients experience health problems in the five years leading up to their diagnosis.

This evidence, she said, points to exciting potential to one day identify patients at risk and intervene with neuroprotective medications.

Nine faculty members from the College of Rehabilitation Sciences are part of a Rady Faculty research group working to address the care needs of Manitobans with long COVID.

Rehabilitation programs that provide supervised conditioning, respiratory training and strategies for living with cognitive symptoms and mental health concerns are needed for these patients, said Dr. Patty Thille, administrative lead for the project.

Thille, assistant professor of physical therapy, said that at present, long-COVID patients may be referred to programs that don’t meet their specific needs. A pulmonary rehab program, for example, “may help with lung and breathing problems, but can’t help with the extreme fatigue some experience after exertion.”

The researchers found that as of September 2021, Alberta and Saskatchewan were the only provinces with frameworks for interprofessional management of the condition.

“In Manitoba, rehabilitation programs specifically for people with long COVID are not yet funded,” Thille said.

The research group has called for dedicated funding for long-COVID care, and for a co-ordinated approach to ensure equitable access to rehab specialists.

Students from the Dr. Gerald Niznick College of Dentistry and School of Dental Hygiene say it was educational and rewarding to provide oral health care in northern Manitoba communities.

Rita Pucci, a fourth-year dental student, went to Oxford House for a weeklong rotation in December 2021. “It was a great experience,” she said. “It would be beneficial for all students … because you learn so much.”

Pucci, who is interested in working in the North after graduation, said she gained valuable knowledge about root canals, surgical extractions and patient assessments from the dentist who supervised her.

As part of a new partnership between the School of Dental Hygiene and the Keewatin Tribal Council, third-year dental hygiene students Myriamme Chartier and Miranda Hall travelled to York Landing for a weeklong rotation in November 2021.

“It was really eye-opening … to see the lack of access to dental care,” Hall said. “In Winnipeg, we’re so privileged.”

The trip strengthened Chartier’s resolve to do outreach work. “The experience was very fulfilling,” she said.

In March, the winners of the 2022 Doctors Manitoba Awards were announced. All eight recipients are connected to the Max Rady College of Medicine, and six are alumni. The winners are:

PHYSICIAN OF THE YEAR

Trina Mathison [B.Sc./98, MD/99], CMO of Dauphin Regional Hospital and instructor of family medicine at UM, for dedication to service in Western Manitoba as a rural physician.

Joss Reimer [MD/08, MPH/13], medical lead of the Manitoba Vaccine Task Force, for serving as a trusted and reliable source of COVID-19 vaccine information for Manitobans.

RESIDENT OF THE YEAR

Dr. Benson Yip, assistant professor of surgery at UM, for trailblazing work in the colorectal surgery community as a surgeon, leader and educator.

College of Nursing to expand program 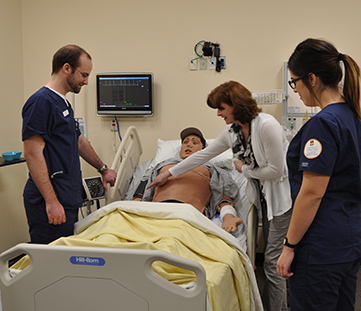 The College of Nursing will receive new, long-term provincial funding to create 120 new seats in its nursing program, increasing its annual capacity from 280 to 400 seats.

“UM’s College of Nursing is a long-standing provider of quality nursing education. We welcome the opportunity to provide leadership in addressing Manitoba’s nursing shortage,” said Dr. Netha Dyck [BN/88], dean of the college.

The expansion was approved by the UM Board of Governors in May. The initial provincial investment of $4.3 million will go toward staffing, equipment, capital and transition costs.

“The College of Nursing has an important role to play in supporting Manitoba’s need for more nurses, and we are committed to do so while ensuring that we offer an outstanding work and learning environment,” said UM President and Vice-Chancellor Dr. Michael Benarroch.

The College of Nursing will accept the first additional intake in the summer of 2023.

The new scholarships are offered to eligible Rady graduate students in their first or second year of a thesis-based master’s or doctoral program. They provide support to students who have displayed academic excellence and are pursuing vital research.

Meher Kantoo, a master’s student in pharmacy who is studying the functions of certain brain cells in mice;

Julie-Anne McCarthy [BA(Hons)/09], a PhD student in community health sciences whose focus is child and youth mental health and well-being;

The Education branch of Ongomiizwin, the Indigenous Institute of Health and Healing in the Rady Faculty of Health Sciences, has created a mentorship program for Indigenous students in the health sciences.

The program, Gekinoo’amaaged, which means “teaching each other,” matches Indigenous learners with Indigenous student mentors. The mentors will also advise prospective students.

“The goal is to build a support network,” said Kimberly Hart [BA/01, BSW/08, MSW/14], senior lead, Indigenous health student affairs at Ongomiizwin – Education. “A student’s story can actually have a major impact on another student, or someone who is aspiring to go into health care.”

Recent medical graduate Gabrielle Wilson [B.Sc./18, MD/22] became a mentor as a way of giving back. “I was mentored by students ahead of me,” Wilson said. “I can clear a path for future students and hopefully make their time in their programs easier.”

Shaylyn Moar, a respiratory therapy student and mentor, said she aims to provide mentees with support, empowerment, resource referrals and tips for staying on track.

Kelsey Tanner [B.Sc./17, B.Sc.Pharm/21], a mentor who recently graduated as a pharmacist, said Indigenous students should not hesitate to request a mentor. “There’s nothing to lose and everything to gain,” she said.

A collection of nine works by emerging artists from the UM School of Art has been installed in a boardroom on the Bannatyne campus. The Rady Faculty of Health Sciences purchased the pieces from fourth-year students.

“Many of our boardrooms feature portraits of past deans who are predominantly, if not exclusively, white males,” said Brian Postl [MD/76], dean of the Rady Faculty. “We wanted to commission works that better reflect the diversity of our faculty, staff and learner populations, and the communities we serve.”

“The Rady Faculty plays a vital role in community health,” said Mark Neufeld, associate professor of art. “It was an opportunity to ruminate … on how art can relate to the body, or to health, or to diverse communities.”

“I hope that the piece helps [boardroom visitors] to understand the experience many of us have been through,” Fehr said.