DR. JASON KINDRACHUK was conducting postdoctoral research in Vancouver when he heard about a fellowship in Washington, D.C. that seemed too exciting to be true.

“I applied, not thinking I would hear any response,” recalls the Saskatchewan-bred biochemist, now a U of M Canada Research Chair in the molecular pathogenesis of emerging and re-emerging viruses.

To his amazement, Kindrachuk landed the Washington job. He stayed on for seven years (2009 to 2016), investigating viral pathogens – disease-causing microorganisms – at the prestigious National Institutes of Health (NIH), the U.S. government medical research agency.

He earned secret-level security clearance and worked in the agency’s Level 4 biocontainment lab, where scientists wear spacesuit-like protective gear. He travelled to Geneva as part of a team that advised the World Health Organization. He even participated in meetings at the White House about viral threats.

He published papers that analyzed, at the molecular level, infectious diseases such as whooping cough, monkeypox virus and Middle East respiratory coronavirus.

In one study, Kindrachuk experimented with live pathogen samples from the 1918 Spanish flu pandemic. Scientists had managed to revive the killer virus from exhumed bodies of victims buried in Alaskan permafrost.

In 2014, a deadly 21st-century epidemic – the Ebola outbreak – reached crisis levels in West Africa. The NIH asked for volunteers. With the blessing of his wife, a fellow scientist, Kindrachuk boarded a plane for Liberia.

“I’m a kid from Saskatoon,” he says. “I was unbelievably scared. But there was a moral imperative for me to go. My feeling is, if we’re doing this type of research, we’d better damn well be ready to go and assist.” 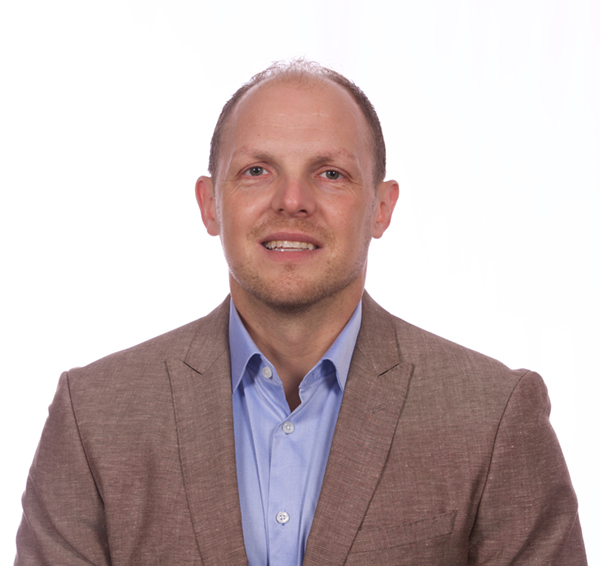 For a month in the Liberian capital, Monrovia, Kindrachuk tested blood samples in a sweltering lab. It was difficult, he says, not to be overwhelmed by feelings of helplessness. “You would see [on the paperwork with the samples] an entire family of eight or nine – a grandmother down to a newborn infant – and they all tested positive for Ebola.”

At one point, he was shaken by seeing workers in hazmat suits arrive at his hotel to burn the belongings of a doctor who had just tested positive.

The outbreak claimed more than 11,000 lives. “You don’t understand how vulnerable these populations are until you see it firsthand,” the scientist says. “There were only three ambulances for the whole country.”

In 2017, Kindrachuk arrived at the U of M as an assistant professor of medical microbiology and infectious diseases. His Winnipeg-bred wife, Dr. Kristen Kindrachuk [B.Sc./02, M.Sc./06], has joined the U of M Faculty of Science as a research facilitator and business development officer.

With funding for five years as a Tier 2 Canada Research Chair, and additional support from the Manitoba Medical Service Foundation for his Ebola virus work, Kindrachuk now leads his own lab, assisted by graduate students.

He’ll do his most risky experiments wearing full “spacesuit” protection at the only Level 4 containment facility in the country, the Canadian Science Centre for Human and Animal Health. It’s located near the Bannatyne campus and includes the federal government’s National Microbiology Lab.

“Winnipeg is the absolute epicentre of high-containment research in Canada,” he says. “During all the years I spent in Washington, the U of M and the national lab were unbelievably well spoken of.”

In collaboration with scientists at the University of Saskatchewan, Kindrachuk has advanced his field by developing a unique combination of software and database tools to analyze how cells signal to one another, as well as within themselves, as they respond to lethal viruses.

“Prior to this method being used for high-containment viruses, nobody had really looked at that, at least not on the scale that we do,” he says. “We now have a method that we can use on humans, on livestock, and on animals like bats, which we think are the reservoir species for the Ebola virus.”

The devastation in Liberia, the scientist says, haunts him and has changed his perspective. He’ll continue to research how viruses interact with host immune systems at the molecular level of cell signalling. But he cares more deeply and urgently now about the clinical applications of his findings.

“We have to think outside the lab, about the human toll of disease,” he says.

One focus for his team is the alarming fact that some men who recover from Ebola continue to carry the live virus in their semen. “They can transmit it sexually,” Kindrachuk says. “Why do we see persistence in the testes, but not other tissue? We’re testing that.

“My focus is on Ebola, but I do a lot of influenza and smallpox work,” he adds. “I’m trying to create a research program where we can adapt to any new virus – or old virus. “Can we get onto the ground faster?

Can we find therapies to administer on the front lines? We have to be as prepared as we can.”