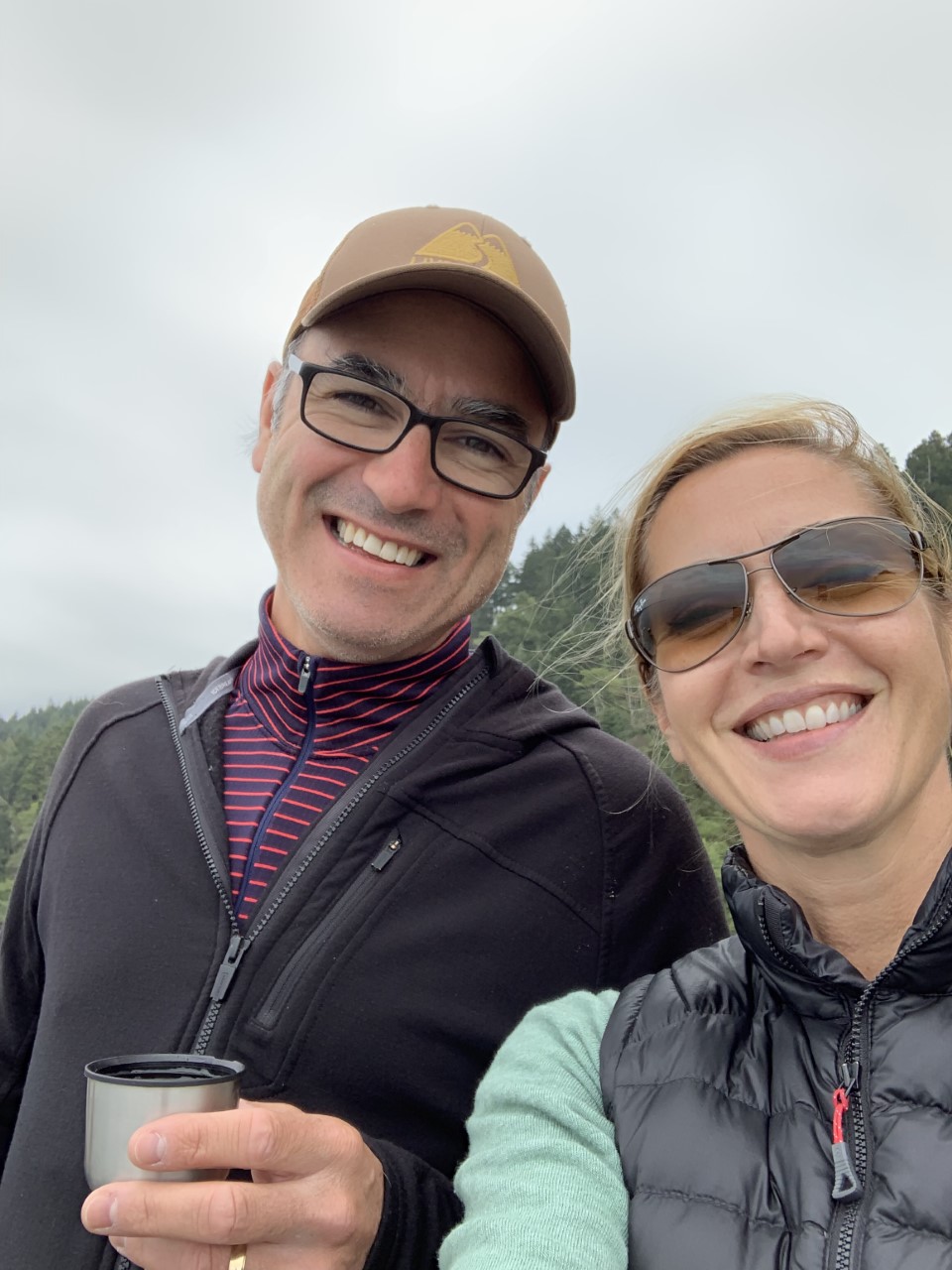 The two met in dental school, but maintain separate practices. “It’s probably just as well that we don’t talk shop all day and all evening,” says Mollot, who grew up in Winnipeg and followed his uncle, Marcel Mollot [DMD/63], into the profession.

Mollot’s community roles have included serving on the UM Board of Governors. Craving a challenge within his own profession, he was elected president of the Manitoba Dental Association (MDA) for 2020-21.

“I was interested in giving back to the community, and I was looking for something new to tackle,” he says.

Starting his MDA term in February 2020, Mollot encountered a bigger challenge than he’d bargained for. The pandemic struck, and he was suddenly the spokesperson for a profession that was temporarily shut down, except for emergency procedures.

“It was a stressful time, but it was professionally fulfilling to work with a team to establish protocols and policy,” he says. “For me, the year was spent liaising with the Manitoba government, health authorities and stakeholders. It underlined that dental teams are essential health-care providers.”

Now Mollot and Tottle-Mollot, who have both served as instructors at the Dr. Gerald Niznick College of Dentistry, are giving back to the community in a different way. They have made a gift of $20,000 to the college for the purchase of digital dentistry equipment. We recently spoke with Mollot.

When you look back on your UM education, what’s one thing you’re grateful for?
Patients at the dental school are very special, patient people. Their treatment can extend over a long period. You see some patients 15 or 20 times, for two or three hours each time, so you build a person-to-person bond.

I believe those patients felt they were part of my education. They were invested in me, not just in their own oral health.

Some of them followed me into my private practice, which was very gratifying. I still see a few of them, 24 years later.

Why did you and Shelley want your gift to support digital dentistry?
When we were in dental school, dental implants were emerging. The college was instrumental in exposing us to implant technology, which has now become mainstream.

Now students need to be exposed to digital dentistry, which is here to stay. Both Shelley and I have adopted digital workflows in our practices. The technology allows you to create a restoration – like a crown – by digitally scanning the teeth, designing the restoration on a computer, and either milling or 3D printing it on-site.

We hope our gift in support of this technology helps inspire the next generation of dentists to strive to be the best they can be.

How have Manitoba dental teams weathered the pandemic?
Dentist-led teams were already leaders in infection prevention and control before COVID-19. After the period in March and April 2020 when access to care was restricted, they were strongly committed to returning to practice.

Since then, they’ve worked to maintain their patients’ oral health while quietly taking all the necessary precautions to keep everyone safe. I think the caring way that dental teams resumed practice really underlines the commitment they have to their patients and the greater community.