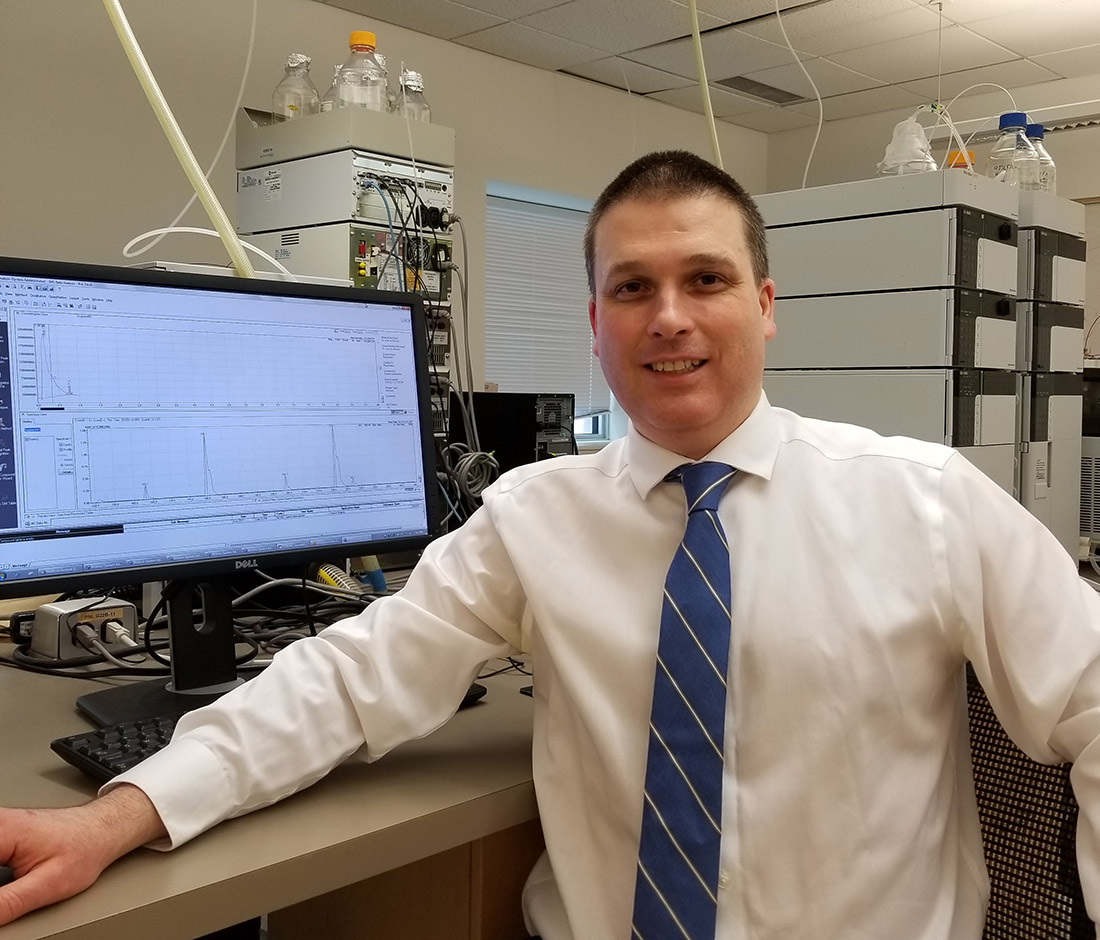 It focuses on whether certain genes are switched on (activated) or switched off (silenced) inside cells.

“Every person has the same DNA in all their cells, but only certain genes are activated in each cell, depending on that cell’s type and role,” says the associate professor in the College of Pharmacy.

“For example, for a cell in the stomach lining to function properly, it has to keep particular genes activated and others silenced.”

If something goes wrong with this process, it can cause disease. In fact, some cancers are caused by changes in gene activation. About nine years ago, when Lakowski was a post-doctoral researcher at the University of British Columbia (UBC), the drug industry was starting to produce drugs to influence these epigenetic processes.

“From my basic understanding of epigenetics, I thought this was going to be potentially disastrous,” Lakowski says. “I thought we needed a way to take the good intentions of the drug industry and refocus them, so drugs didn’t work indiscriminately on multiple genes.”

Today, Lakowski believes he is the only Canadian researcher working to target drugs at specific genes to influence the epigenetic process – an approach that is expected to be more effective and cause fewer side effects than current therapies. He is developing drugs to treat leukemia and gastric cancer by activating or silencing certain genes.

“The philosophy in my lab is that if the drug doesn’t need to go to all those other genes, why don’t we just target it to the handful of genes that are causing the disease?” he says. “That’s the technology we’re developing.”

A research team led by Lakowski was recently awarded $700,000 by the Canadian Institutes of Health Research for a study testing this approach.

“In mouse models and human cells, we’re going to target drugs to a gene called HOXA9 that is known to cause some types of leukemia. This will silence the HOXA9 gene, killing the leukemia cells, but without harming healthy cells.”

Things lined up perfectly for him to join UM in 2012. The College of Pharmacy was looking for someone with his expertise, and he needed a mass spectrometer, which UM was planning to purchase.

“All the stars aligned,” he says. “We use the mass spectrometer to measure how well our targeted drugs work.”

Lakowski is driven by discovery. “I love finding out something that nobody else knows,” he says. “I love it when you see those results come together, because science can be demoralizing.

“You do something and you get a result that’s not right. You keep doing it over and over, and you wonder, ‘Why am I doing this?’ And then one day you pick the permutation that works, and you get the result that works. And you’re just like, ‘That’s why I do this job.’”