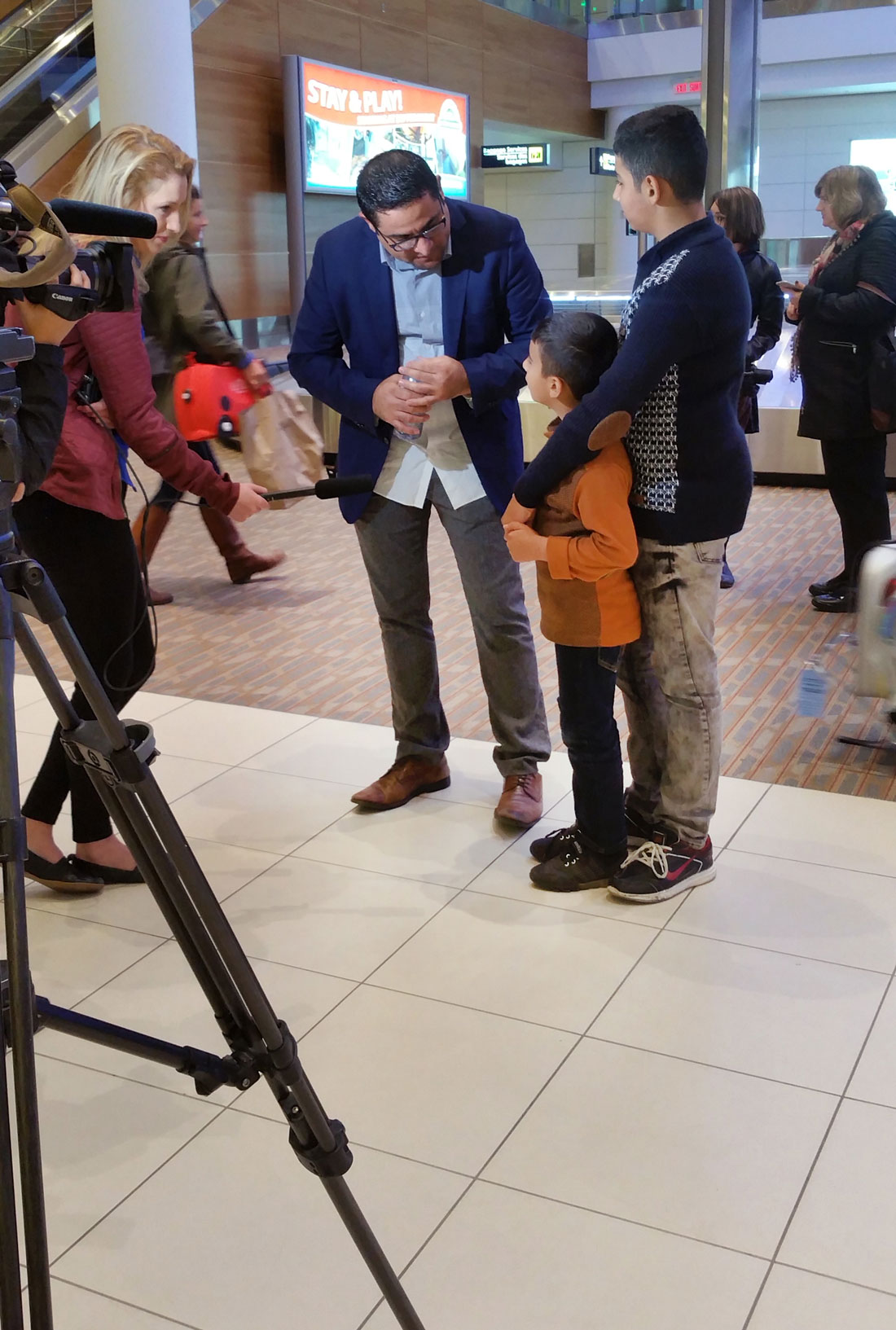 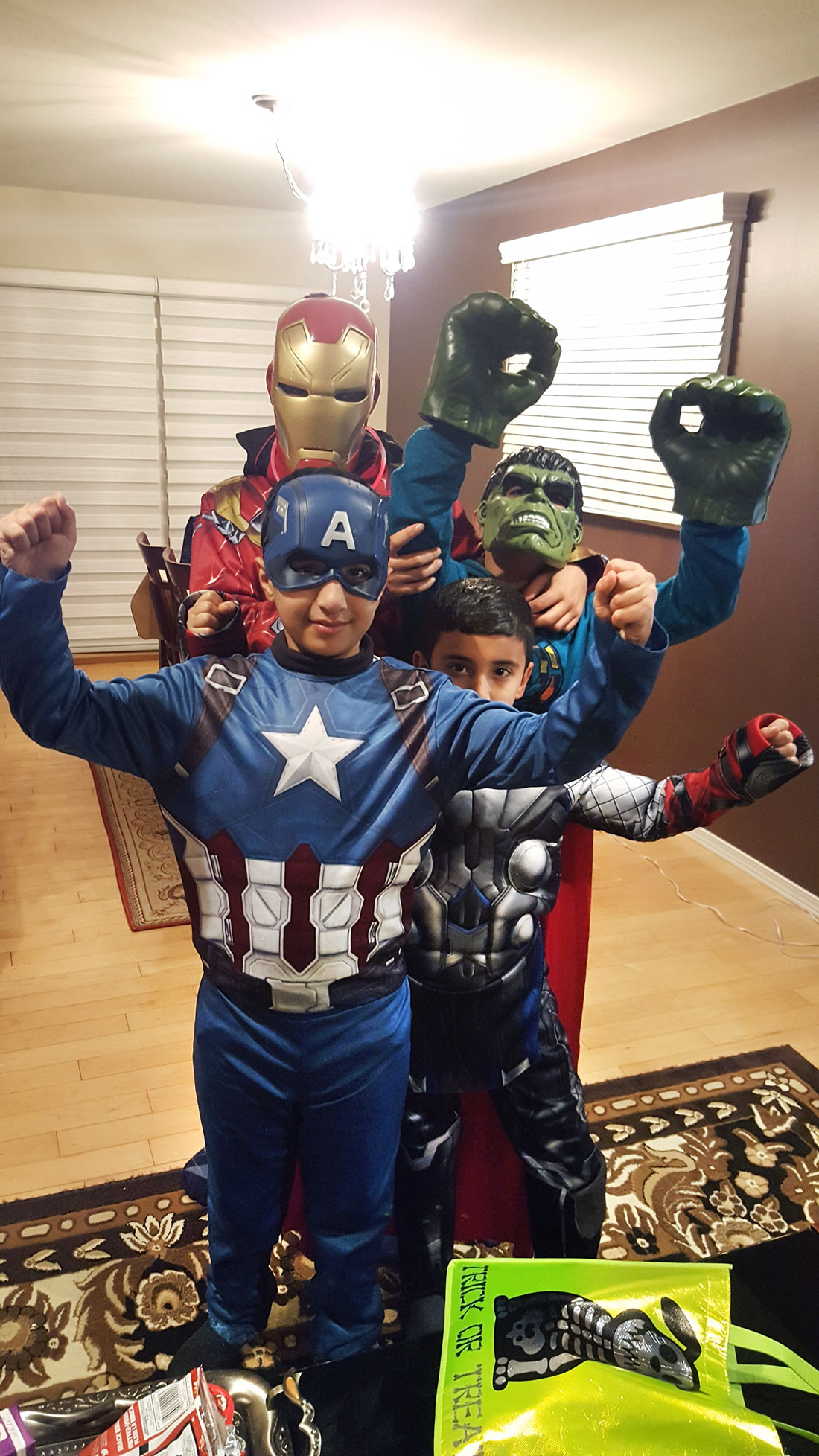 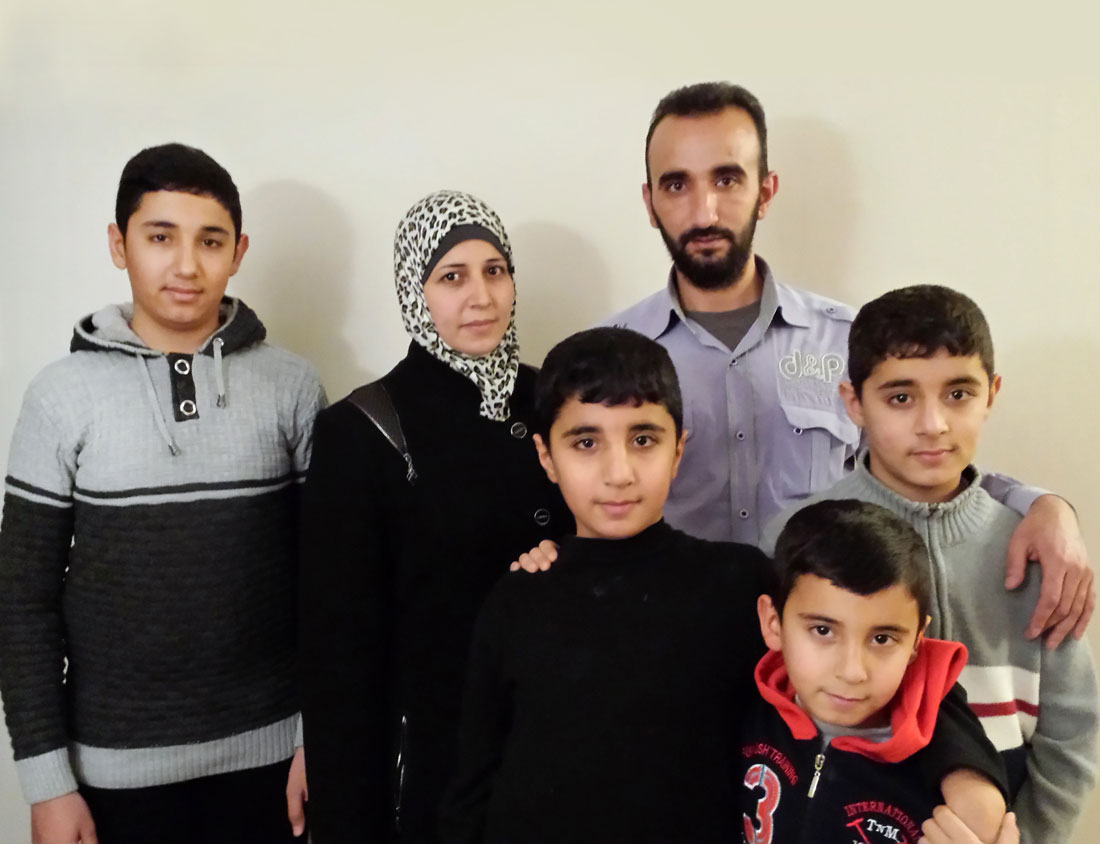 The Hamidi in their new home 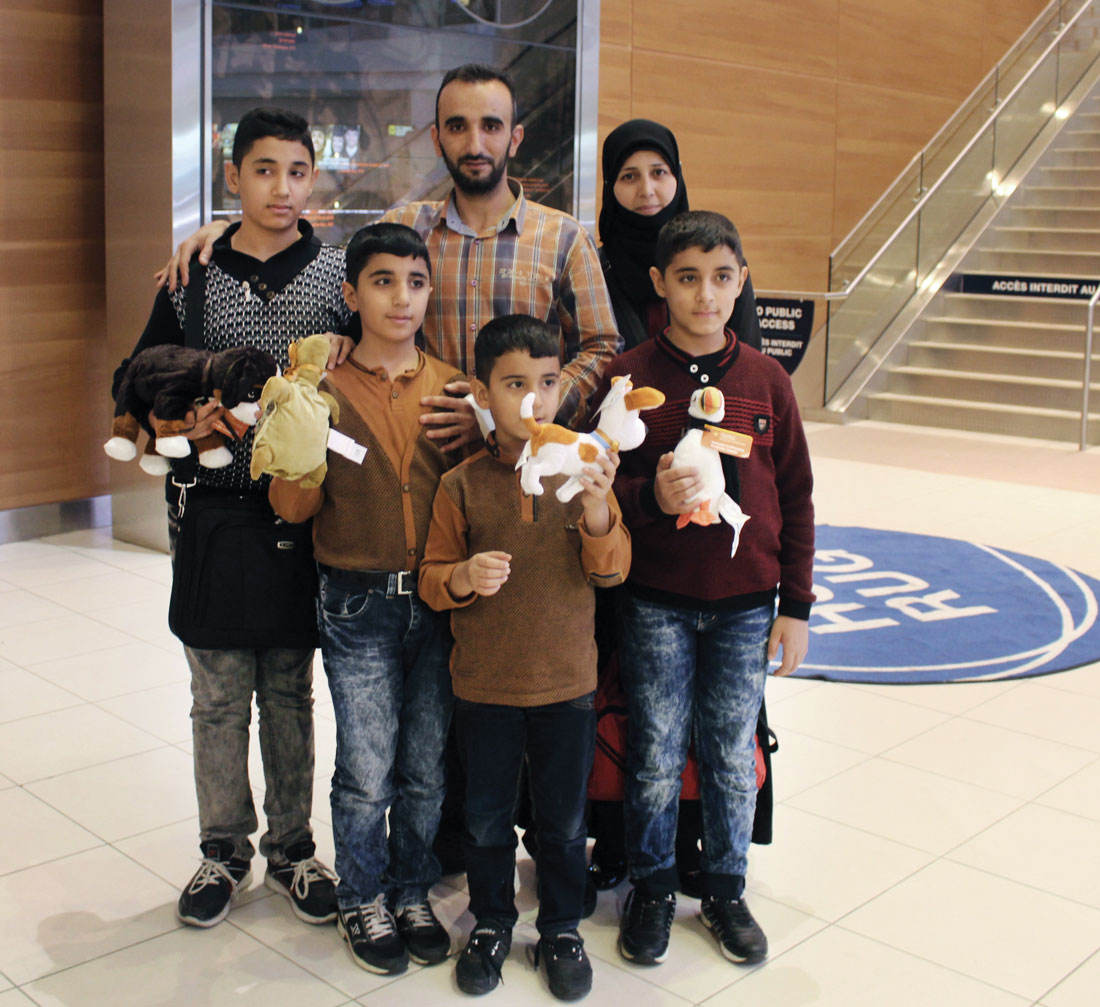 The Hamidi family arrive in Winnipeg for the first time

A family from Syria is grateful to be starting a new life in peace and safety, sponsored by faculty, staff and students of the U of M’s Rady Faculty of Health Sciences.

Kevser Abduvahid, her husband Hasan Hamidi and their four sons narrowly escaped injury when their apartment building in the war-torn city of Aleppo was heavily bombed. Rescue workers had to help them climb out of the collapsing building through a balcony.

After fleeing Syria and spending two and a half years struggling to survive as refugees in Turkey, they arrived in Canada in October 2016. They were amazed to be warmly welcomed at the Winnipeg airport by supporters from the Rady Faculty.

“I was surprised to see lots of people with smiling faces,” Abduvahid said through an interpreter, a few days after moving into a two-bedroom apartment in the Fort Richmond neighbourhood. “They have helped us with everything – documentation, settling into our new apartment.…

“We would like to thank the people from the university, not only for bringing us to Canada, but for doing everything possible to take care of us.”

Dr. Alan Katz [M.Sc./95], director of the U of M’s Manitoba Centre for Health Policy (MCHP), spearheaded the project in 2015 and organized a 30-member Refugee Response committee on the Bannatyne campus. It raised the required $35,000 to sponsor a Syrian family, then held a drive to collect furniture, household goods and clothing.

Donated items poured in, from bunk beds, desks and dressers to warm boots and parkas.

“The response has been really heartwarming,” said Katz, an immigrant from South Africa.

“This project aligns with the values that the Rady Faculty tries to impart,” Katz added. “We’re educating health professionals to act with empathy and compassion, and to respect the needs of individuals for the basics of human life: nutrition, shelter, safety and rights.”

“It doesn’t matter where you’re coming from,
you will be treated the same.”

The committee will continue to financially support the family and help them adjust throughout their first year. The devoutly Muslim family has been introduced to local mosques and halal grocery stores.

The four boys – Yahya, Yusef, Ibrahim and Salih – have adapted well to school, love riding their bikes donated by supporters, and will attend Mini U programs at the U of M this summer.

Hasan, the father, is an experienced commercial baker and will soon enter an employment training program for Manitoba newcomers. His wife has a background as a home-based hairdresser and hopes to use those skills in Canada. Both have attended English classes and obtained their learner’s permits in preparation for learning to drive.

Committee member Dr. Ebtihal Ali [M.Sc./15] and Naser Ibrahim [PhD/15], a research associate with Ongomiizwin – Research and the MCHP, have translated for the Hamidis and given many volunteer hours to helping them settle. Ibrahim, an immigrant from Libya, said it has been rewarding for him, his wife and children to bond with the Hamidis “just human to human.”

The Syrian family applied to come to Canada, they said, because of its reputation for inclusion, fairness and equality.

“We heard that in Canada, the people are nice, but also the government is very supportive of refugees and immigrants,” Hasan said. “It doesn’t matter where you’re coming from, you will be treated the same.”