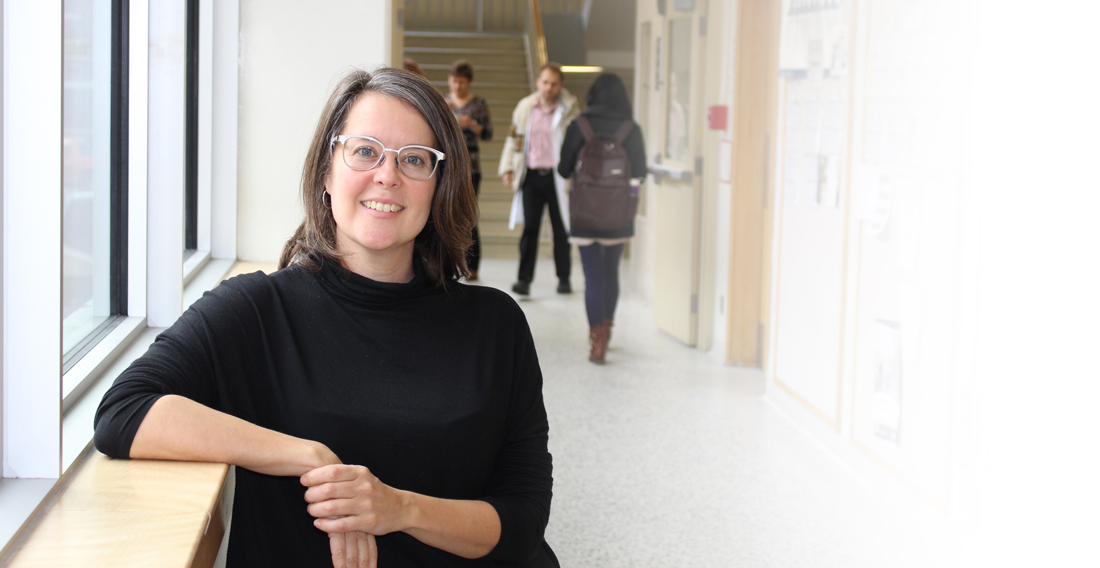 ANTI-FAT STIGMATIZATION is a common problem in Canada’s healthcare system, but one that is preventable, says Dr. Patty Thille, assistant professor of physical therapy in the College of Rehabilitation Sciences.

“There are strong stereotypes around bodies that are thin or bodies that have visible fat,” Thille says. “And we know from qualitative studies that people experience poor treatment in health-care settings in relation to the fatness-related stereotypes.”

Thille, who grew up in Rosthern, Sask., has a physical therapy degree from the University of Saskatchewan, a master’s degree in women’s studies from a tri-university program in Halifax and a PhD in sociology from the University of Calgary. She recently joined the U of M in a position that allows her to dedicate 75 per cent of her time to researching the intersections of primary care and rehabilitation.

She was drawn to research on weight stigmatization through her clinical experience, as well as from being a patient. While practising as a physical therapist in Saskatoon from 1998 to 2002, she regularly witnessed weight-based stereotyping.

One incident involved an insurance company that tried to dismiss a 450-lb. man’s chronic pain as being due to his weight, rather than his car accident.

“If you insure people, you insure all people, and people come in all sorts of sizes, shapes and pre-existing histories,” Thille says.

The professor sees her research as part of a larger movement that can lead to a change in clinical culture, where professionals look past preconceived ideas about body type.

“A very common thing clinicians say is: ‘If you just lost weight, you would be healthier,’” she says, noting that in some cases, major health problems can be overlooked because of this mindset.

She points to the high-profile obituary of Ellen Maud Bennett, a British Columbia woman who died earlier this year from cancer that went undiagnosed because doctors repeatedly told her she simply needed to lose weight. In her obituary, Bennett advocated for “women of size” to not accept these harmful non-diagnoses.

“She was feeling very ill for years, and it was only when she was at the palliative point that somebody finally diagnosed her with cancer, and she died days later,” Thille says. “Her story is not an anomaly.”

Health-care professionals, Thille says, need to stop giving simplistic messages about weight, complete the same assessment as they would of others with thinner bodies, and shift toward an understanding that everyone is not built the same, for a variety of reasons.

“One of the ways things change is by showing that it can be done differently, and then you can figure out how to help people change their own practices,” Thille says.

In a study published this year in the journal Health Communication, Thille analyzed audio recordings of about 30 adult patients’ appointments at primary care clinics. Comparing what was said about blood pressure and weight, she found that doctors often mentioned a variety of factors that can affect blood pressure, but rarely did the same for weight.

When their weight was brought up, patients spoke in ways that tried to manage or deflect anti-fat stigma, regardless of their body size.

“We’ll make progress if clinicians and researchers recognize that patients’ defensiveness or sensitivity is a predictable response to a perceived stereotype threat. This is a learned response related to constant negative judgments about fat bodies,” Thille says. “It’s not a show of weakness or avoidance.”

Thille’s work has always had a strong grounding in patient experiences and concerns, as captured by other researchers. One of her next steps is to create a public engagement strategy for her own research.

“Working directly with the public to design research helps ground our work in community concerns,” she says. “And with involvement of the public, many exciting knowledge translation possibilities open up.”